The cable front raise is a cable or machine assisted deltoid exercise with a particular focus on the anterior deltoid. The other heads of the deltoid muscle group are also activated to an extent during it.

The cable rope front raise is an excellent exercise for individuals to improve the strength and function of their shoulder muscles. This is the finisher exercise, of shoulder workout regimen.

What is the Cable Front Raise?

The cable front raise is an isolation exercise, with the anterior deltoid muscle group being the main focus of this exercise.

It is an excellent exercise for strength and conditioning in the deltoid’s muscle groups.

This may best be facilitated through the use of light to moderate resistance, of which will be entirely subjective depending on the exerciser’s particular strength level and experience in performing such exercises.

The cable front raise is primarily performed by athletes and regular gym goers for improved size and strength in the anterior deltoid muscle group or for improving the function of the deltoid heads in athletic situations.

The front cable front and similar exercises may also be added into a physical rehabilitation program.

The purposes of inducing repair in soft tissue injuries, improving range of motion in cases of shoulder joint disorders, or reinforcing tissue that has already been healed in the area. 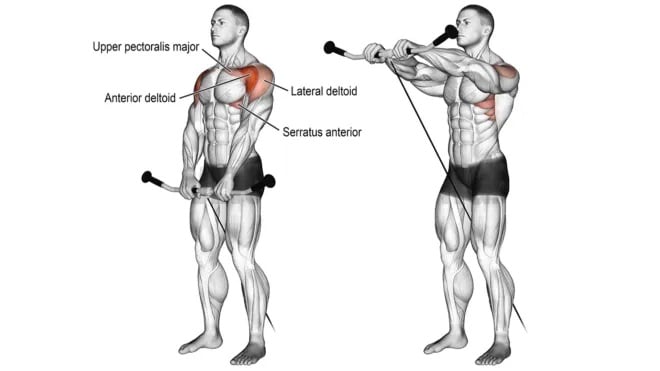 How To Do Cable Front Raise?

The cable front raise is first performed by attaching a handle bar, rope and Handle to the carabiner of the pulley machine. Then choice of the appropriate weight.

Nearly lock out their elbows as they raise their arms upwards until the handle attachment and hands are parallel or higher than their shoulders.

Once the handle bar has reached at comfortable level. Then lower it slowly in a controlled manner back towards their hips.

This completes a single repetition of the cable front raise exercise.

Cable Front Raise and Its Variations

The cable front raise is a variation of the front raise and an exercise used to build the muscles of the shoulders.

Utilizing the cable pulley machine is useful in that it provides constant tension on the target muscle group as you move the weight through the range of motion.

You can also perform the cable front raise using a rope attachment or a single stirrup, one arm at a time. 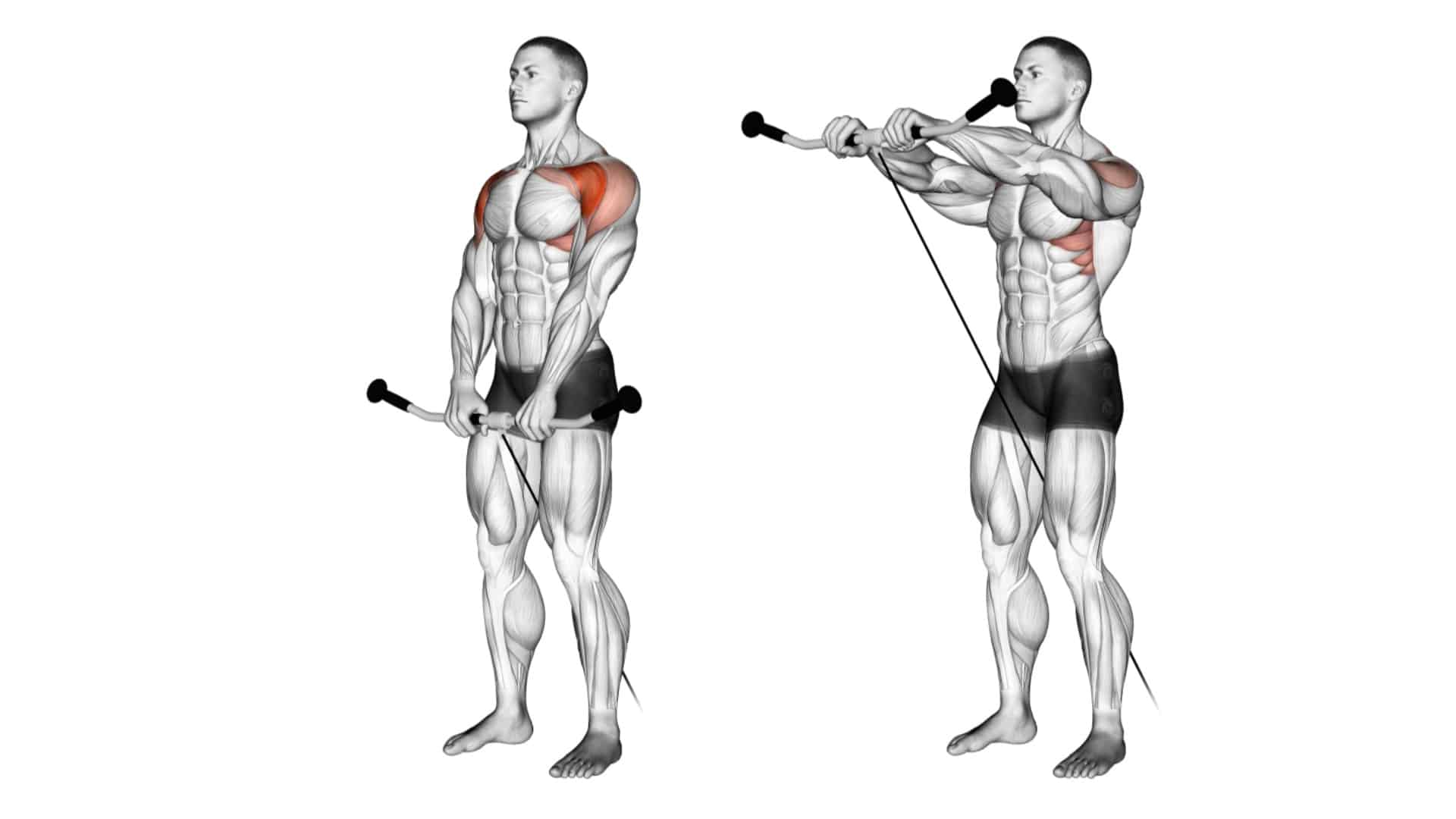 The Single Arm front raise is one of the most common shoulder exercises you’ll see being done because it is effective in building the front delts.

By performing the Single arm cable front raise exercise unilaterally, you’ll be able to focus on one side at a time. You’ll also be made aware of if you have any muscle imbalances that need attention.

The rope front raise, as the name suggests, is a simple machine variation performed with the cable machine, allowing you to keep the resistance on your shoulders throughout the entire movement. By emphasizing the front part of your shoulders, it increases strength and stability while promoting muscle growth. 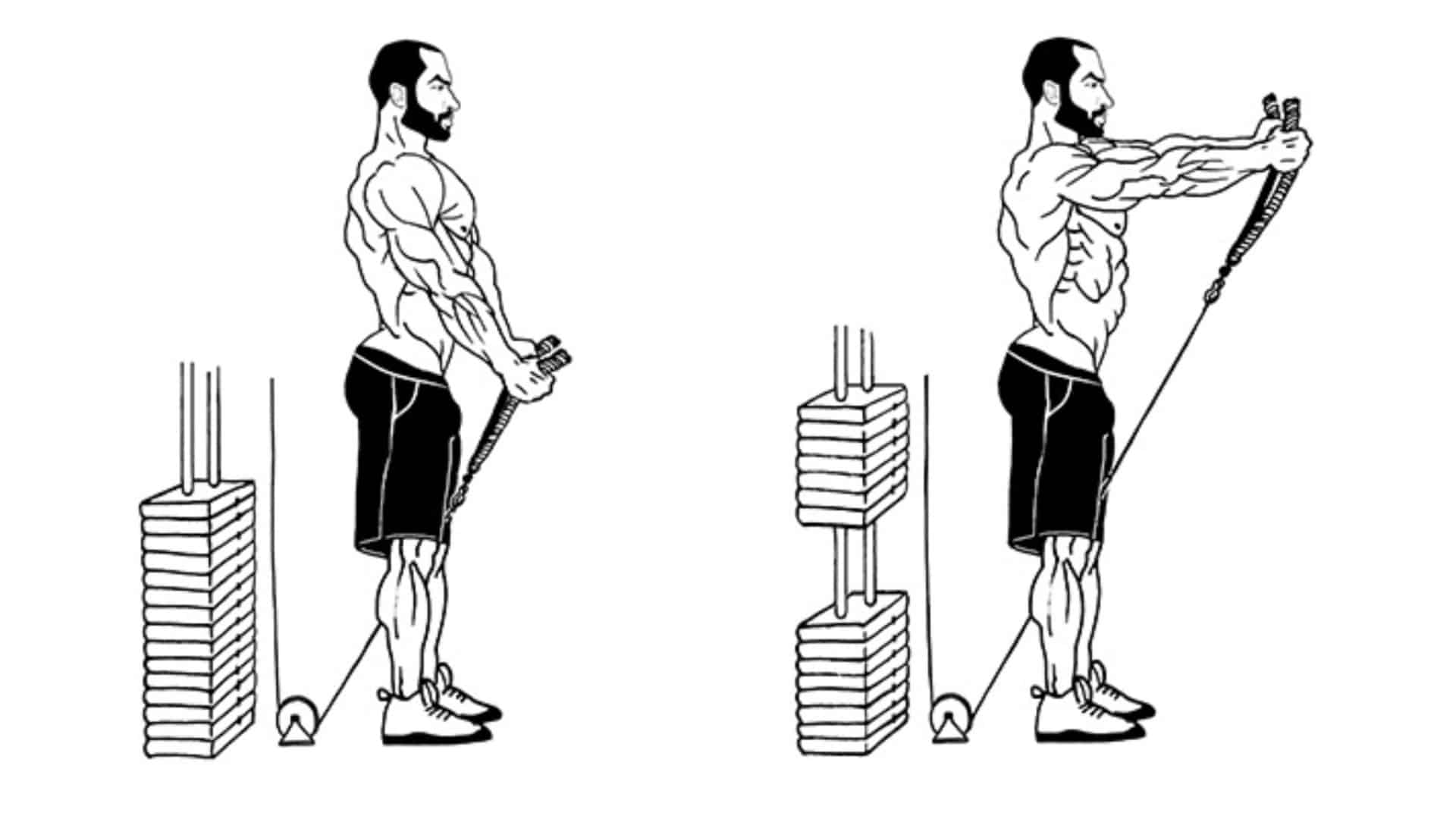 Several alternatives do exist that either make use of different equipment that can create the same intended effect, or that only activate one side of the body at a time.

Plate front raise exercise is a variation of the traditional barbell front raise that increases forearm and hand strength, while targeting your frontal deltoids.

You can do the plate front raise seated or standing, but it’s best to keep the weight moderate for most lifters to ensure the safety of the shoulder joints.

If you lift heavy, the weight plate front raise will significantly challenge your core and especially your lower back. Therefore, increase weight gradually to give your lower back time to adapt. 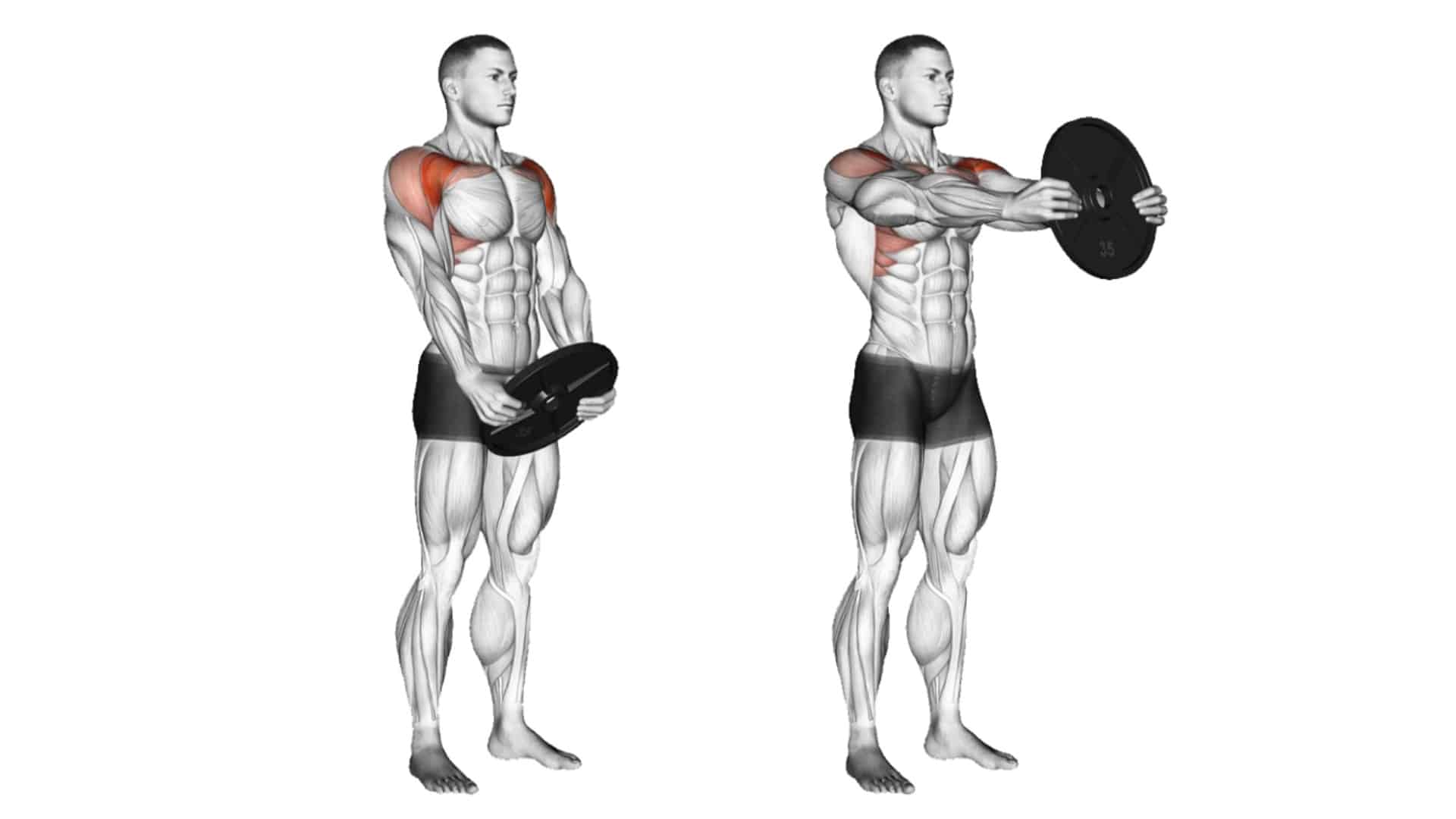 The barbell front raise is a shoulder exercise used to target the front deltoids. Use of the barbell can allow you to overload the muscles to a greater degree than one may be capable of doing with dumbbells.