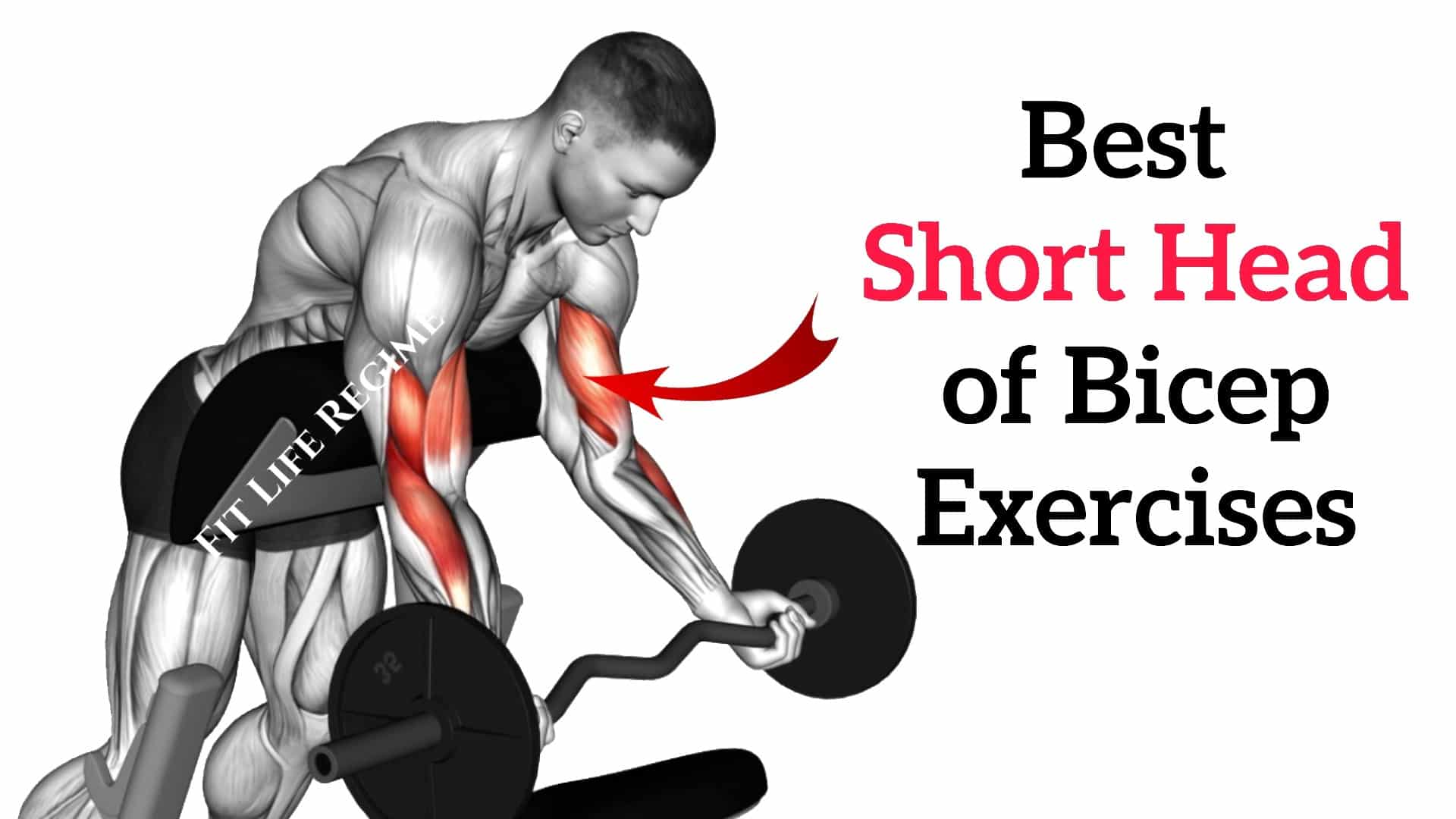 You are at the right place if you are looking for the short head bicep exercises. Biceps are small muscles, to grow them takes time, knowledge, and intellect.

In this article, we are going to tackle the best exercises for the short head of the bicep, which is often underdeveloped in those who lack a complete understanding of the biceps brachii. It’s time to develop huge bicep!

The best way to work on your short head bicep is to add variations and perform a full range of motion to activate the most amount of bicep muscle.

What Is The Short Head Bicep

How To Build Short Head Of Biceps

It’s important to understand how to differentiate the two bicep heads during exercise, so you can develop both heads to their fullest potential.

The Short head of the bicep is a vital muscle head when it comes to mass and strength. It is the muscle at the inner part of the upper arm.

A well-developed, short head biceps muscle will always make you stand out. Training the short head is important when working to raise the strength of the biceps.

There are many exercises that emphasize the short head (inner head bicep) of the bicep. Many of them you probably already know, but maybe you didn’t realize they are best for the short head. All you have to do is implement the techniques.

There are four main techniques that you can use to emphasize the short head bicep during training:

An easy way to remember whether you’re working the short or inner head and long or outer head of the biceps brachii is to look in the mirror.

There are 12 best short head bicep exercises for the inner bicep and thickness. Use these moves to get your short head biceps pumped up and improve the overall function of your upper arms.

The barbell curl is a highly recognizable biceps exercise that builds biceps muscle mass. Barbell curls are one classic short head or inner biceps workout. It’s a great exercise for seeing results in strength and definition.

A barbell curl is a pull-type, isolation exercise that works primarily on your biceps and also trains the muscles in your forearms. A wide grip focuses effort on the inner head biceps (short head), whereas narrow grip arks the outer biceps (long head).

Doing this exercise will guarantee you will blast your short head biceps in a effective manner. 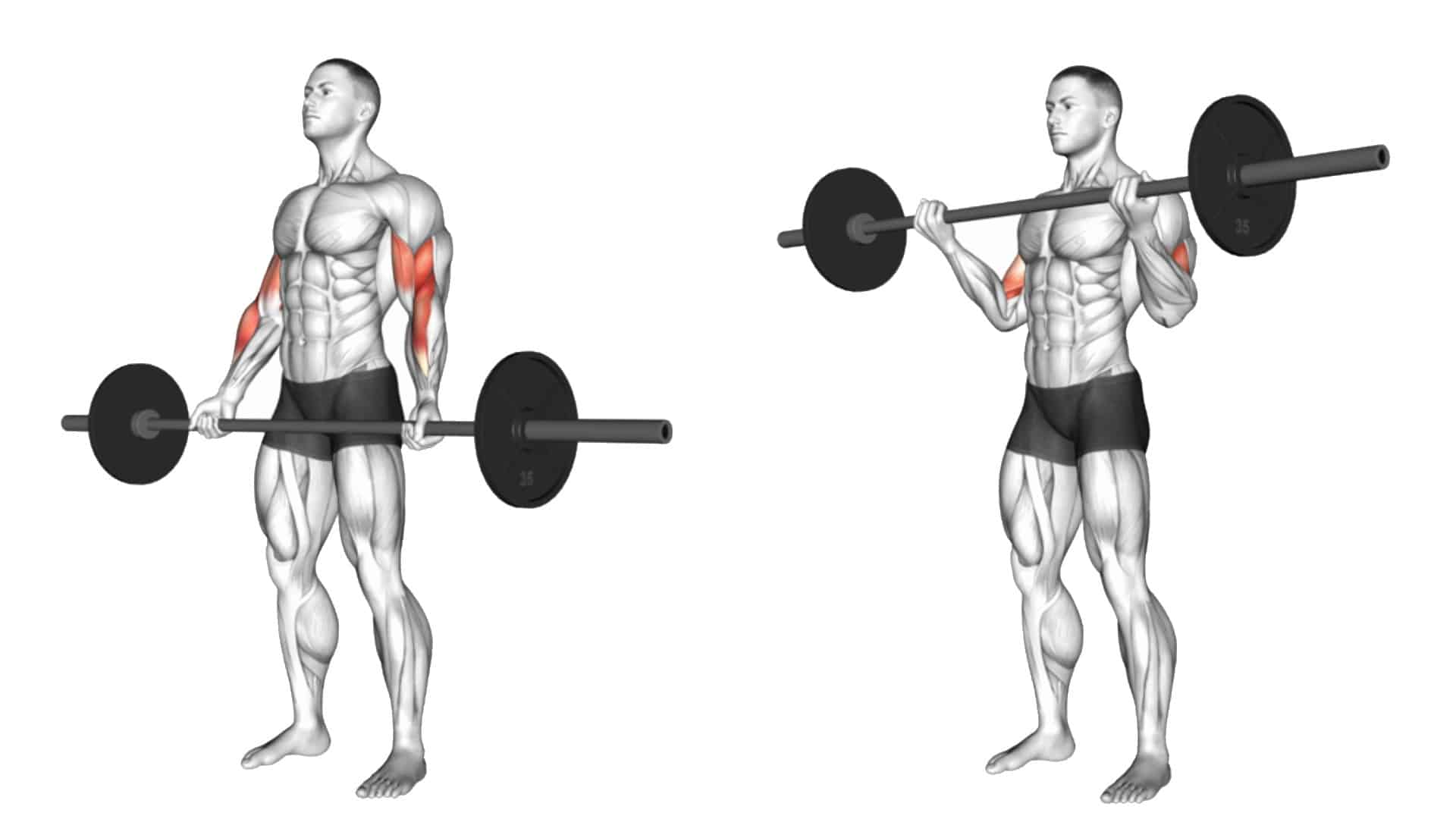 How To Do Wide Grip Barbell Curl

DB Concentration Curls are an excellent exercise to activate short head bicep and to build a biceps peak and thickness. This exercise should be a part of your arms exercise, as peaked biceps are very impressive to look at.

Resting the upper arm against the thigh prevents movement at the shoulder, which is an excellent way to isolate the biceps. Since it inhibits the involvement of leg, shoulder and upper back muscles, it’s a good exercise for your short head bicep.

How To Do Concentration Curl

Spider curls are a remarkable exercise for building the biceps because they produce an intense muscle contraction on every single rep. That why it is one of the best short head bicep exercises you can consider incorporating in your training regime if you want a bulging short head bicep.

This is a good exercise to change things up and keep your biceps working hard, especially the short head, which will have to do most of the work.

As for equipment, you can use a barbell, EZ bar or dumbbells. 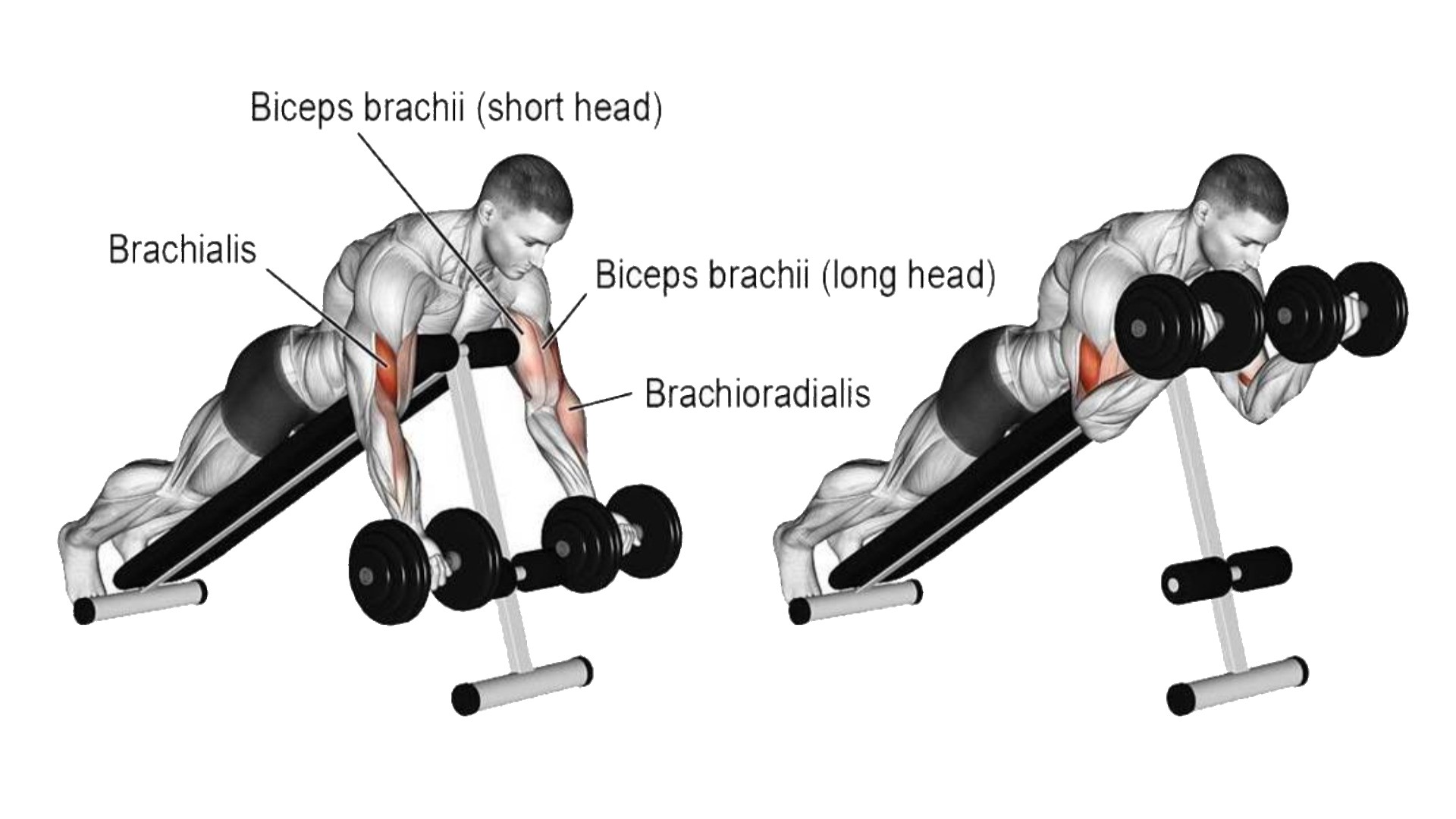 How To Do Spider Curl

This exercise is done by sitting on a preacher bench with a barbell or EZ-curl bar.

How To Do Preacher curl

The High Cable Curl is a great exercise for hitting the short (inner) head of the biceps, which builds width and thickness in the muscle. It is one of the best Short head bicep exercises.

There are two main versions of the high cable curl: one-arm and two-arm. Both variations are effective, but the one-arm version allows you to use more relative weight for potentially greater gains in biceps size and strength.

How To Do One Arm High Cable Curl

The standing dumbbell preacher curl is an isolation exercise that targets the biceps, but the forearms, brachialis, and brachioradialis receive stimulation as secondary movers.

It is usually performed by using a regular bench and a dumbbell.

How To Do Standing Dumbbell Preacher Curl

This is a great exercise if you want to target your inner biceps. You may find it easier to focus on the short head, as your hands are wider apart during the movement.

The wide-grip EZ bar curl will emphasize the short head and build the thickness of your biceps. 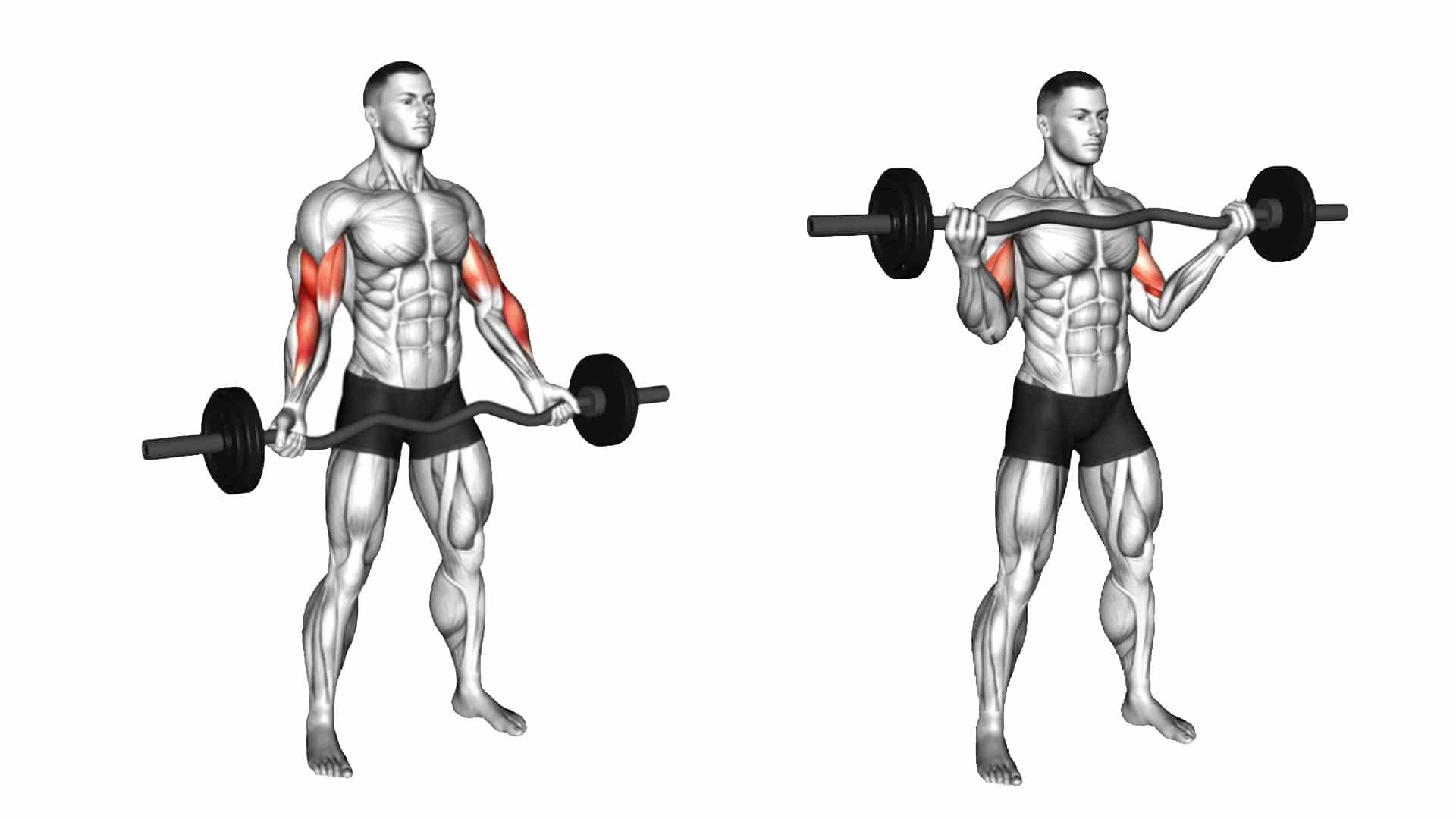 How To Do Wide Grip Ez Bar

As the name suggests, the standing inner bicep curl works the short head or inner biceps.

There are many possible variations for this movement. For instance, you can perform the exercise sitting down on a bench with or without back support.

This movement also develops the biceps along with the elbow contraction. Must add this workout in your short head bicep exercises arsenal. 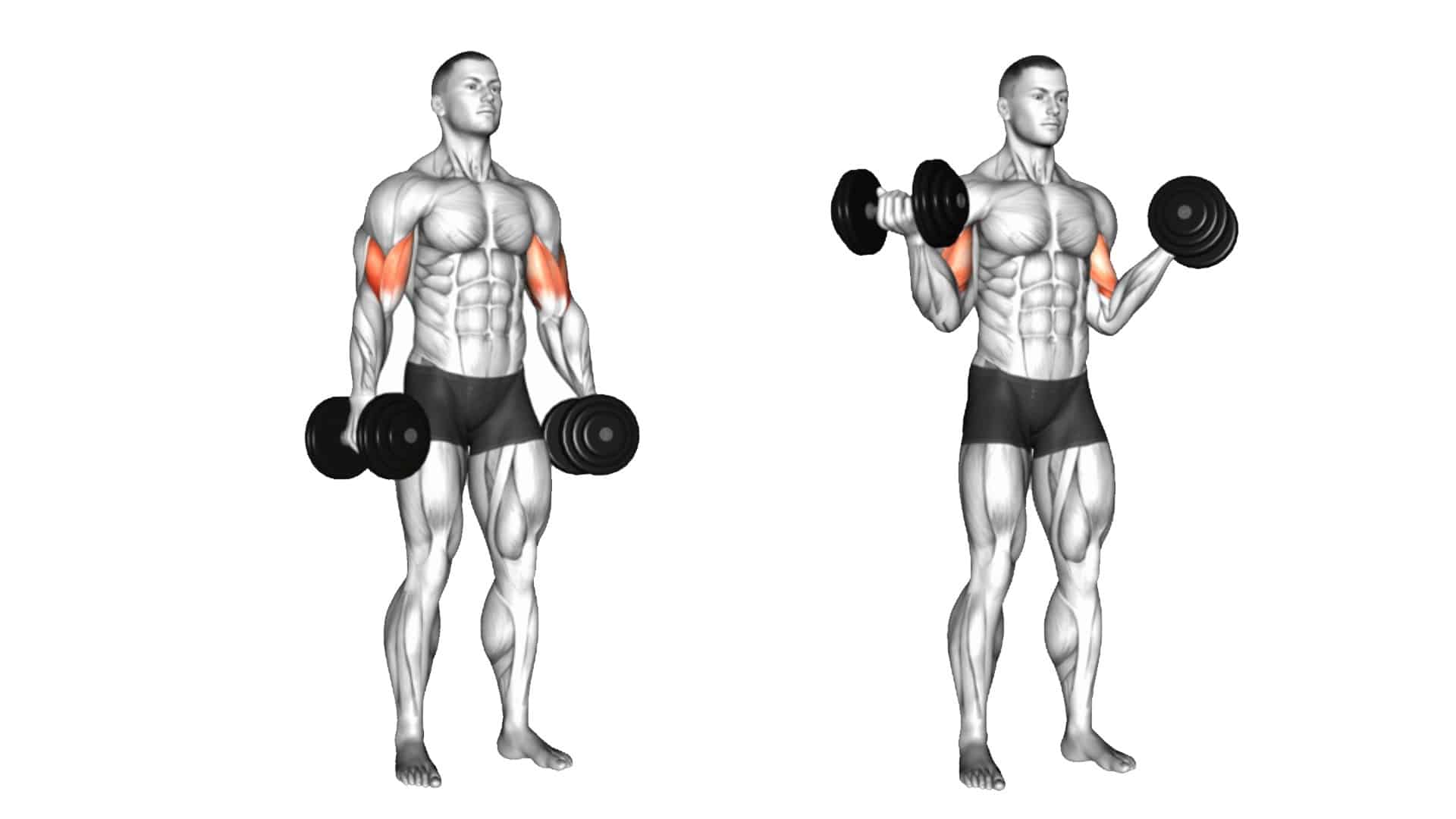 How To Do Standing Inner Biceps Curl

The first portion, the regular curl, focuses on bicep strength. You can perform Zottman curls with both arms at the same time, or alternate the arm you lift with.

How To Do Zottman Curl

The one-arm dumbbell preacher curl is a variation of the preacher curl exercise, uses dumbbells and single arm movements for better control and targeting of the bicep muscles.

It is a great exercise for the short head of your bicep because it positions your elbow out in front of your body, which provides more stimulation to the short head.

How To Do One Arm Dumbbell Preacher Curl

This exercise can be performed standing with the torso bent forward and the arm in front of you.

In this case, no leg support is used for the back of your arm, so you will need to make extra effort to ensure no movement of the upper arms. It’s going to absolutely annihilate the short head. 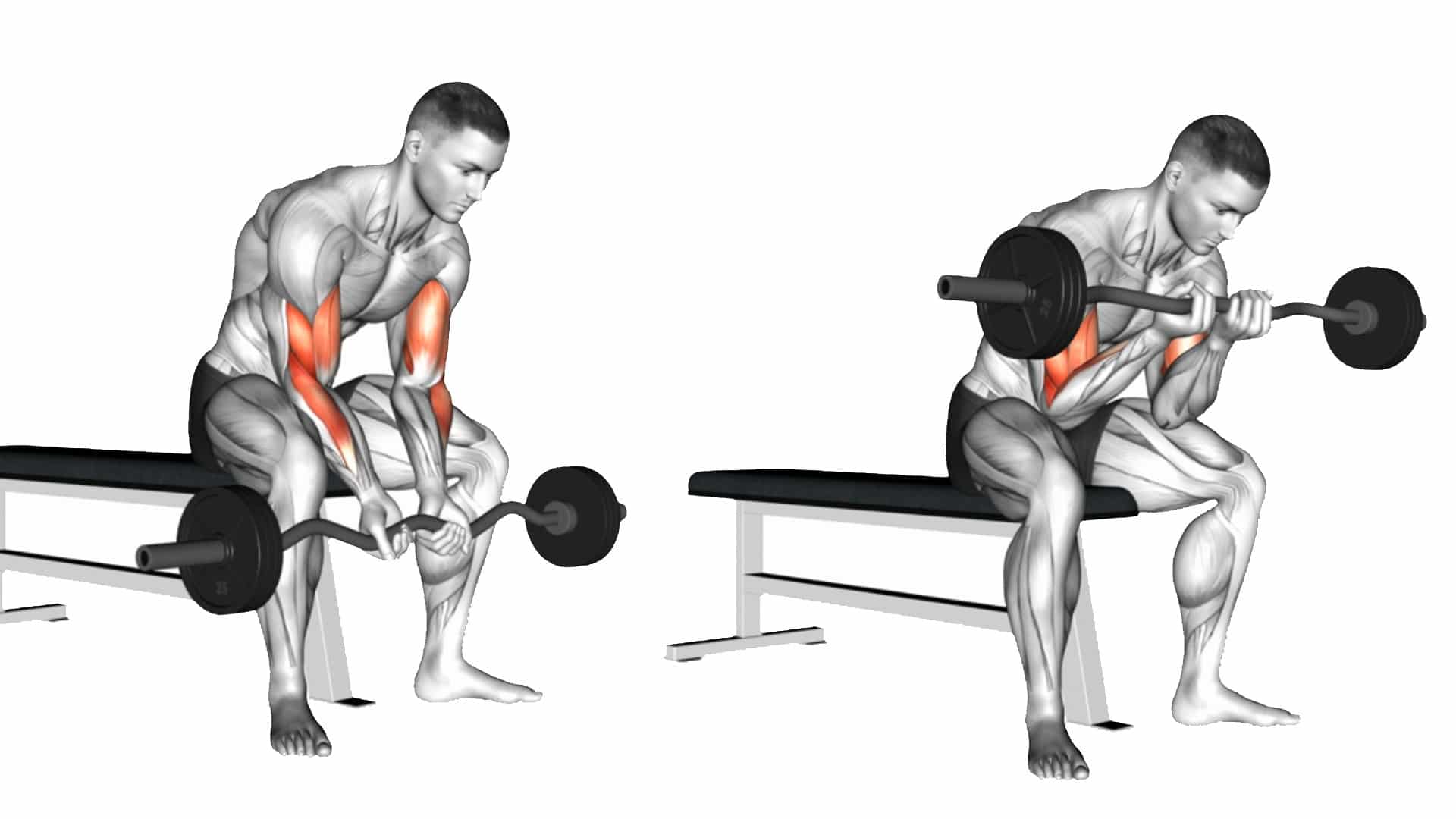 How To Do EZ Bar Seated Close Grip Concentration Curl

In this exercise, the palms are faced towards the body. Since the lifter is pulling their own bodyweight, the biceps are usually exposed to loads heavier than what one can lift with a barbell. Must add this compound bicep workout in your Short head bicep workouts arsenal.

How To Do Chin Up

The load should bring you to or near failure within the given rep ranges to be effective.

If your short head is lagging, and you really want to build a big bicep thickness, you can prioritize it, but still don’t forget about your long head.

Working on your short head bicep allows you to shape your upper arm and make them appear stronger and bigger. You can increase the weight and reps recommended, achieving a better outcome, but you should do so slowly.

How Do You Activate The Short Head Of The Bicep?

To activate the short head bicep during training, four main techniques can help you achieve that:

There are many exercises that work the short head of the bicep. Many of them you probably already know, but maybe you didn’t realize they are best for the short head.

Use these exercises to strengthen your short head of the biceps and improve the overall function of your upper arms.

The shorter head of your biceps usually helps make your arm look bigger and fuller. If you are looking to gain size on your arms, you should train your short head.

The Short head of the bicep is a vital muscle head when it comes to mass and strength. It is the muscle at the inner part of the upper arm.

Curling with your elbows in front of your body targets more of the short head bicep and brachialis. Incorporating a preacher curl into a short head bicep exercise brings a lot of benefits that don’t come with conventional bicep curls.

Which bicep exercises hit which head?

In general, bicep exercises that use a narrower grip will target the long (outer) head of the bicep better, such as close-grip preacher curls and close-grip barbell curls.

Whereas bicep exercises that use a wide grip will engage the short (inner) head of the biceps to a greater extent, such as wide grip barbell curls and inner bicep curls. 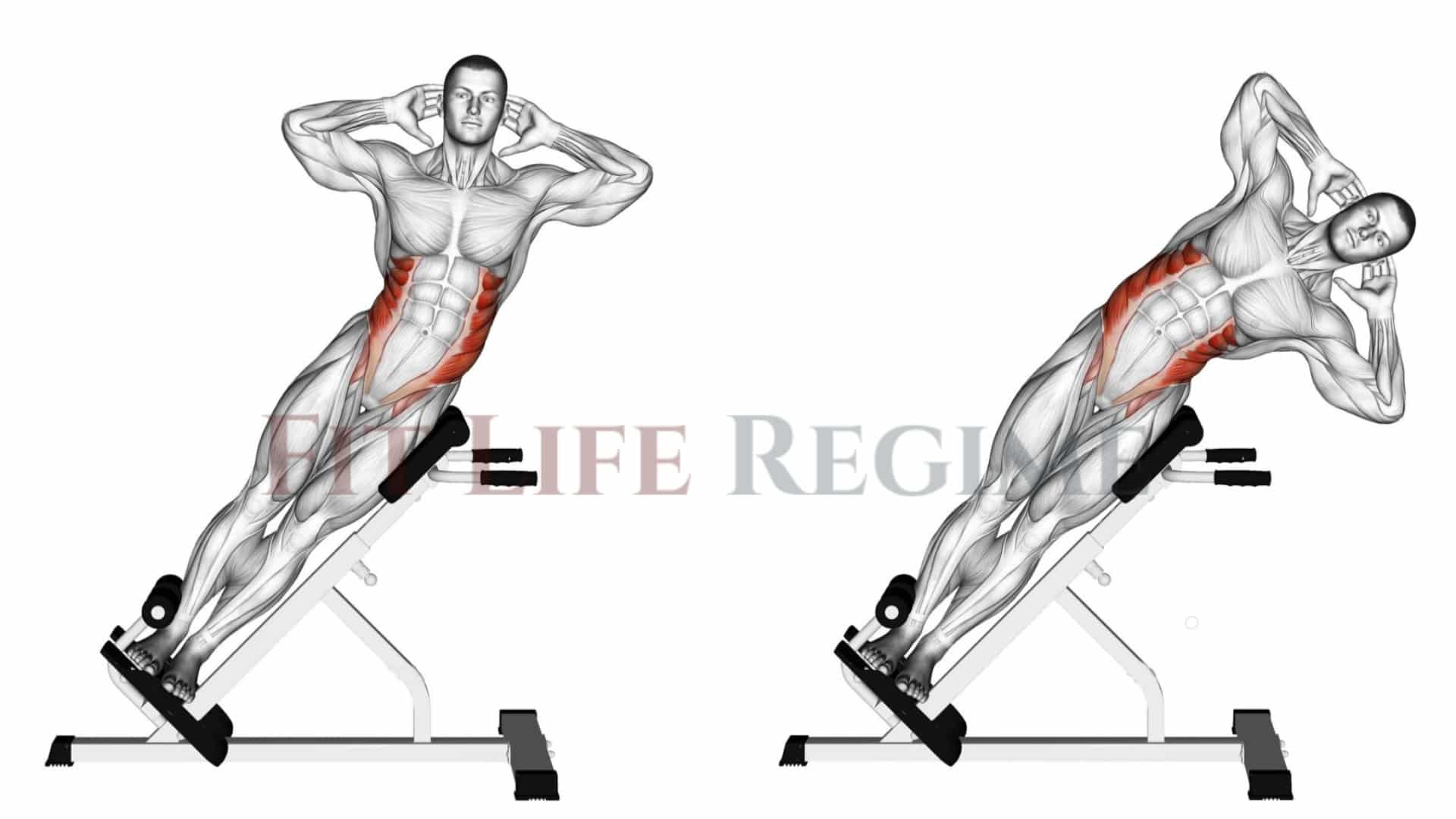 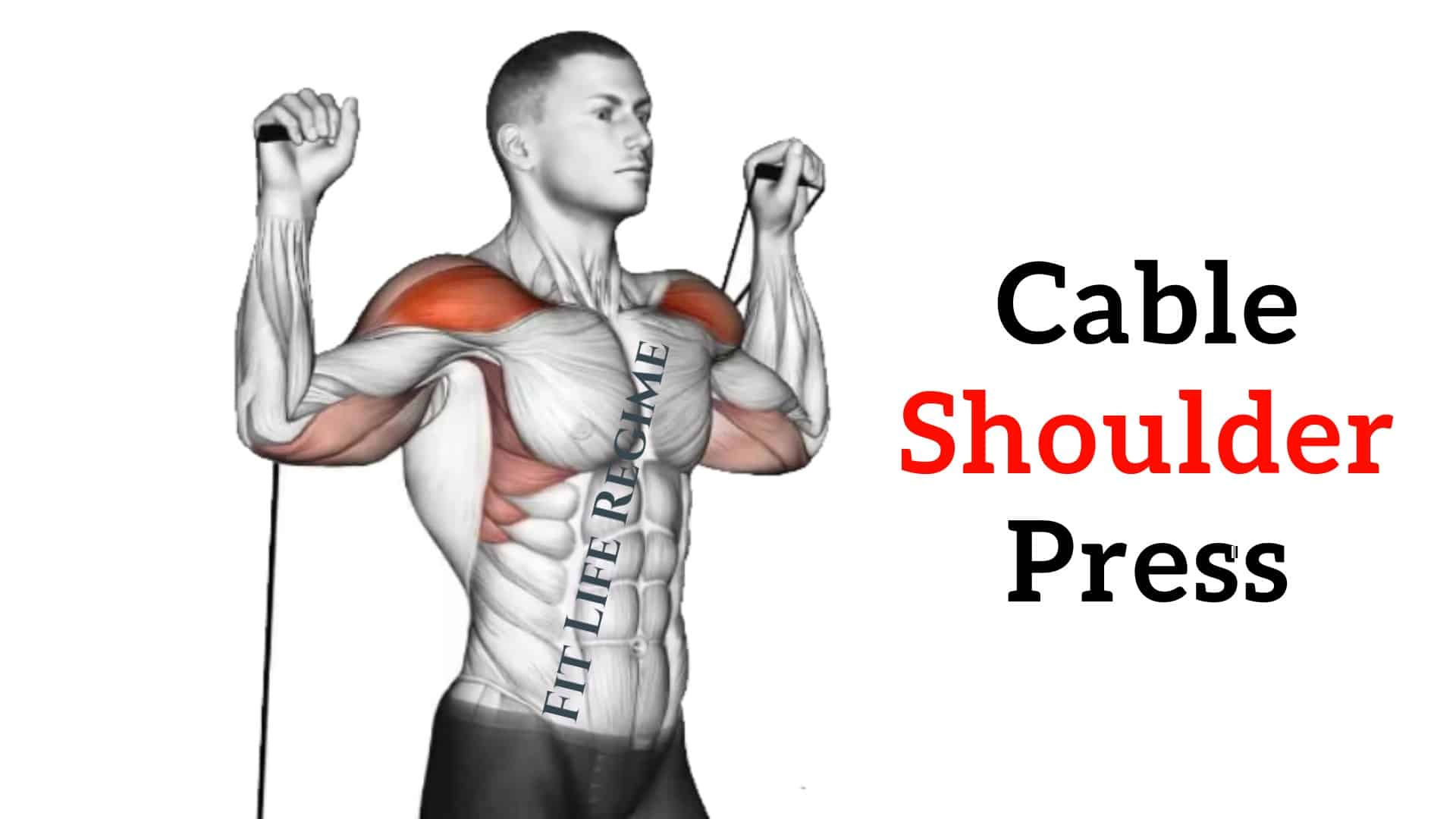 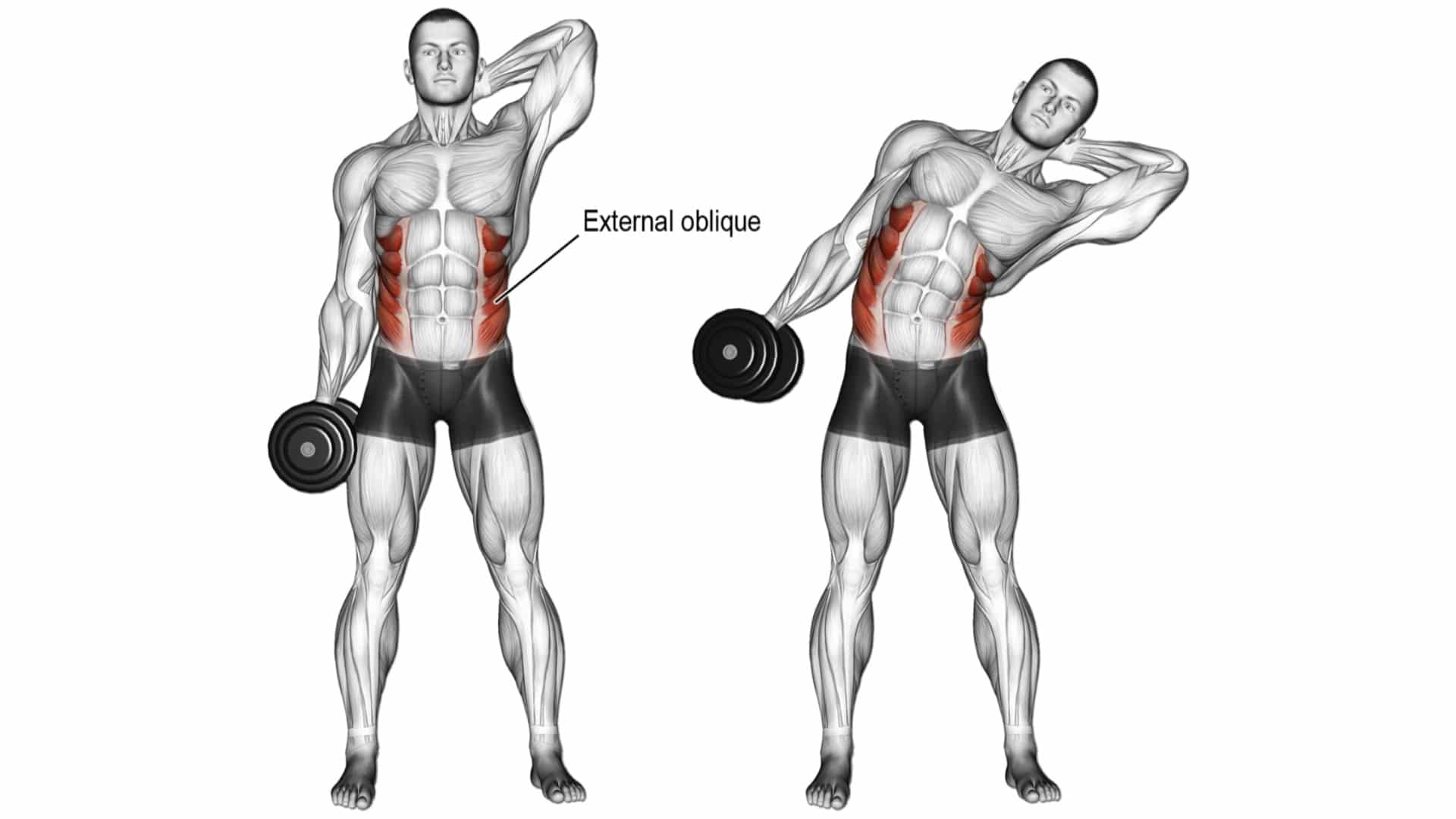