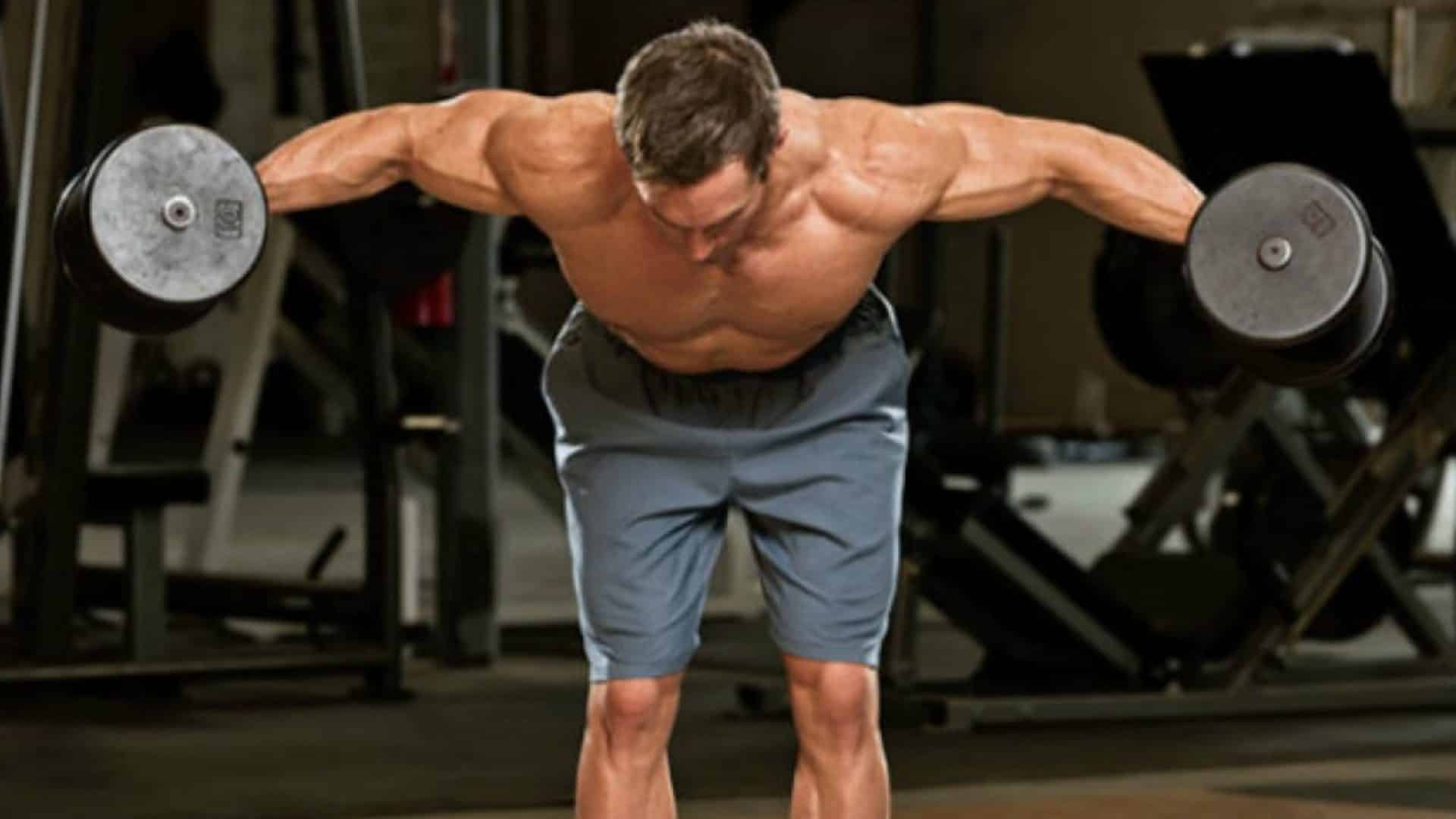 The rear delt fly is an exercise that increases deltoid muscle definition and strength. Rear delt fly exercise targets your upper back muscles and shoulder muscles, particularly the posterior deltoids, or rear deltoids, on the backside of your shoulders.

Rear shoulder exercises help you to hone in on the small muscles of the rear delt by using a full range of motion that will explore the growth of your shoulder muscles.

To effectively train rear deltoid muscles, first, we understand the anatomy and functions of Deltoid, and then we explore the best rear delt fly variations along with the best execution technique and Pro-tips. 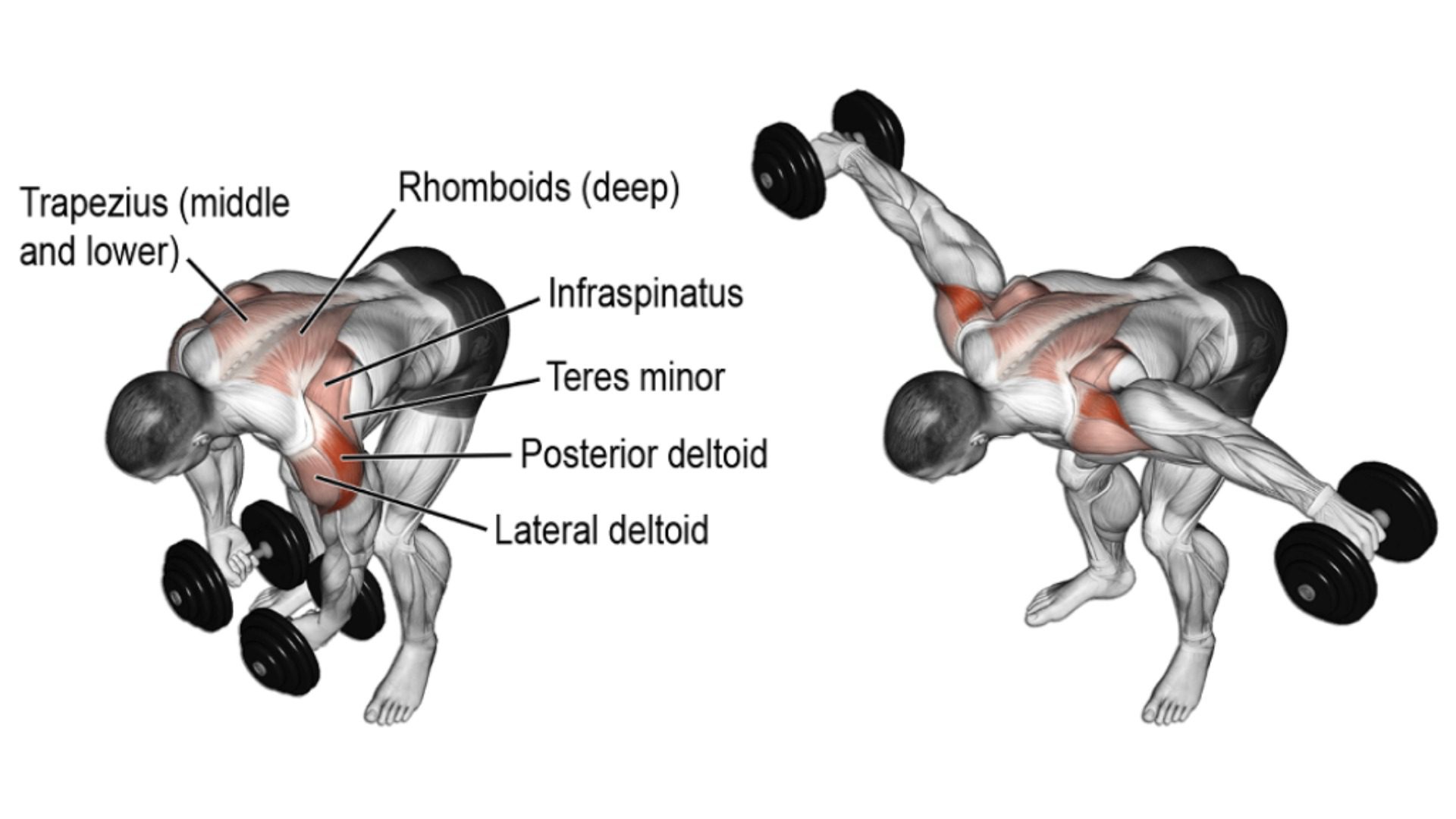 Bent Over raises are an excellent exercise to isolate and work specifically on rear deltoid muscles. For complete shoulder muscle development, bent over raises are a must-do.

Thus, exercise hit specifically the rear shoulder head by isolating it better than any other shoulder exercise. This exercise can be performed in both a standing and a seated position. Prefer the seated version as it calls for strict movement.

Machine Rear Delt Fly is an excellent exercise for the rear deltoid. The rear deltoid fly machine provides a uniform resistance throughout the range of motion.

A rear delt cable fly is an excellent exercise to train and isolate the rear deltoid muscle. It provides constant tension on the muscle. Unlike dumbbell raises where the resistance varies during the lift, the cable pulley affords a uniform resistance throughout the motion.

The incline Bench Rear delt dumbbell fly is an upper-body exercise that targets the posterior or rear deltoids and the postural muscles of the upper back.

This exercise targets such small muscles, that’s why it is usually performed with lightweight for high reps, such as 10-15 reps per set or more.

Incline Bench Rear delt dumbbell fly has many other benefits, such as it adds size and strength to the posterior deltoids.

The lying reverse fly is the perfect exercise to hit the rear delts. Completing this exercise in a supine position on your back allows you to purely focus on contracting your rear delts in order to pull the cables down to the sides.

It’s important to keep your arms perpendicular to your trunk so that you reduce the chances of your lats helping to complete the exercise.

You can do this exercise using one arm at a time, allowing you to alter the range of motion by adjusting the start or finish position.

This unilateral version makes it possible to raise your hand higher and get a longer stretch at the bottom, thereby generating more work for the posterior deltoid. Stabilize your torso by resting your free hand on the thigh. 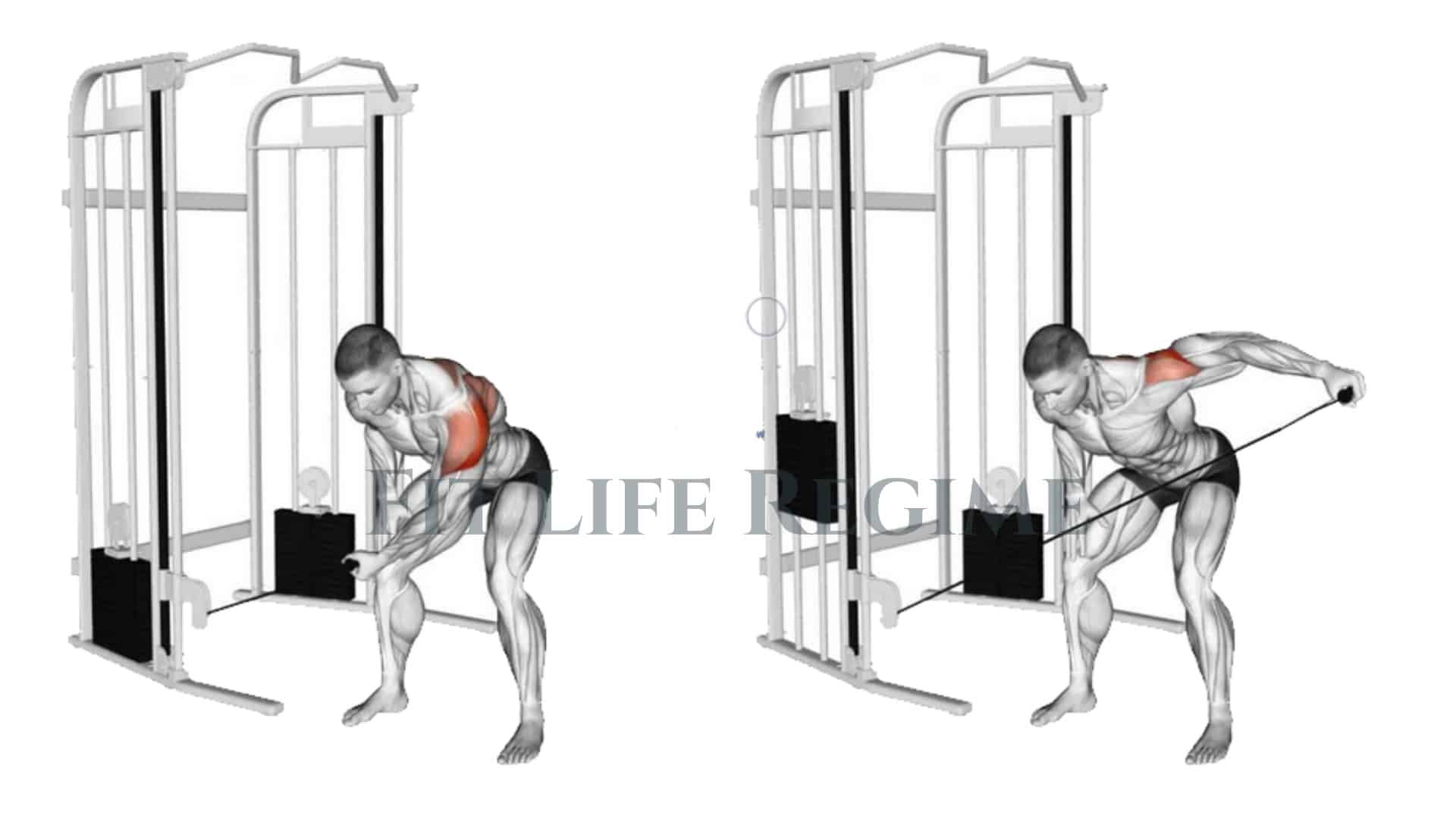 This is a movement that can be done on shoulder day, as it targets the rear delts. However, we like to also hit it on a back day as the rear delts often need to double the work each week.

The rear delt fly with bands will work your rhomboids, rear delts, and traps. It’s a great upper back exercise.

Lying Dumbbell Reverse Fly is a strength exercise that works your traps and deltoids. If the traditional dumbbell rear delt fly causes strain on your lower back, try using an incline bench.

Instead of relying on your core to stabilize your body, you can rest your weight on the bench, which will help to better isolate your rear deltoids.

Lying rear delt fly is a great basic move. When done correctly, it can effectively target your neck, shoulders, upper back and upper body.

To target your posterior deltoids during the head-supported reverse dumbbell fly, keep your torso horizontal.

The more upright your torso is, the more emphasis you will place on your lateral deltoids instead of on your posterior deltoids. 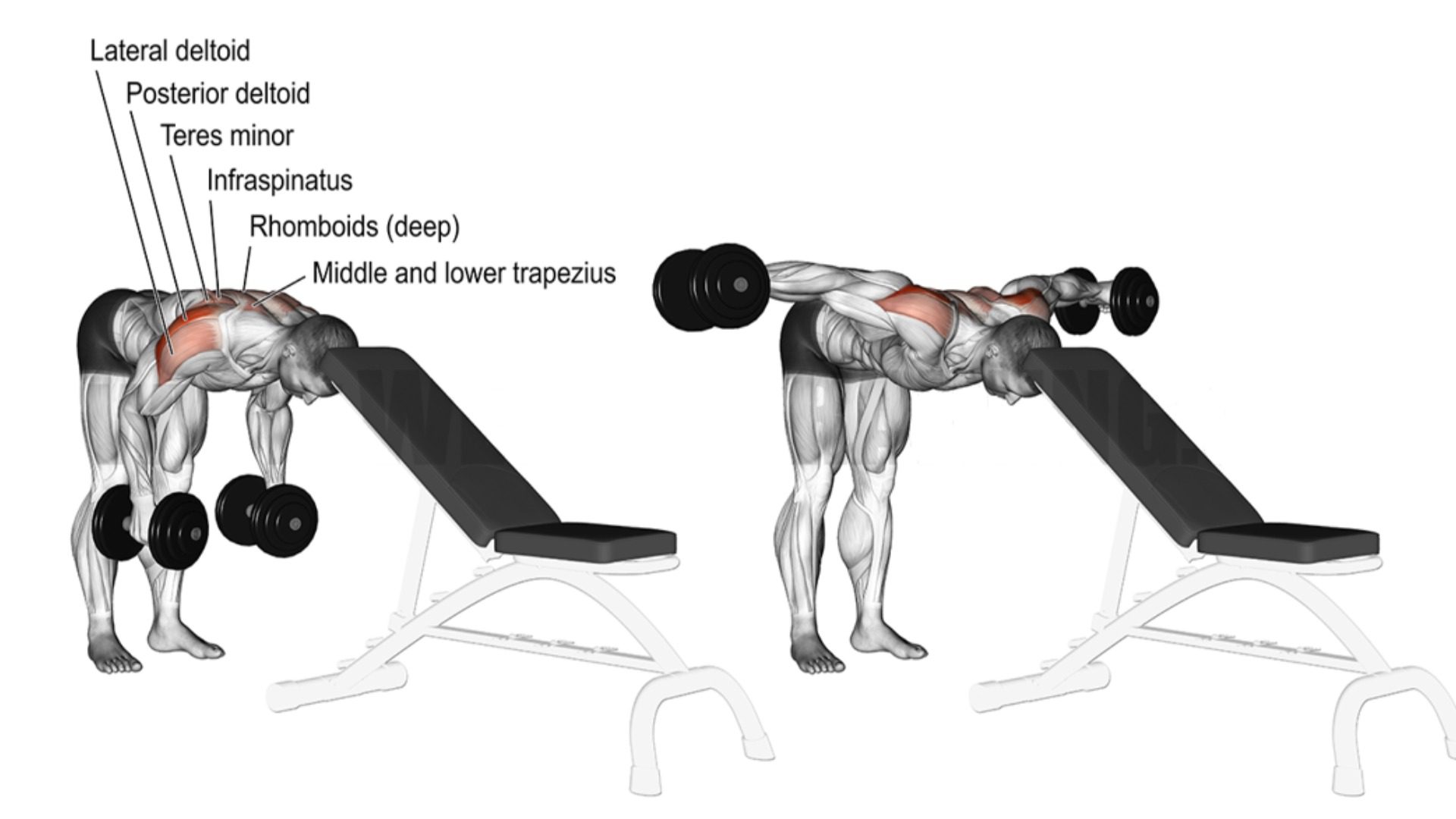 Face pull is a cable machine exercise that primarily targets the rear deltoid and to a lesser degree also targets the biceps, triceps, and traps. Use a cable pulley machine to pull the weight straight toward your forehead.

Dumbbell Lying Rear Delt Row is a strength exercise that works your deltoids and side deltoids.

The muscles used for dumbbell lying rear delt row may change slightly based on your trained range of motion and technique, but in the most general case, rear deltoid trained the most.

How Should I Integrate Rear Delt Fly Into The Rest Of My Workout?

The most natural place to include rear delt fly is with your other shoulder exercises.

Being an isolation exercise, beginners should probably perform them after any compound shoulder movements (such as shoulder press, etc.) have been completed.

More advanced trainers might want to try a pre-exhaustion routine. For example, where a set of rear delt flyes is immediately followed by a compound movement that also involves the rear delts (e.g., behind the neck press).

This enables the already fatigued rear deltoids to be driven into an even deeper state of exhaustion by the (relatively) fresh triceps and anterior/lateral deltoids.

Now that you know a few variations for your rear delts fly, hit the gym and try each one to get the full effect. Don’t limit yourself to variations on this exercise, either.

Seek out new and interesting ways to perform all your staple movements so that you never get stuck waiting at the gym, never grow bored, and always keep growing.