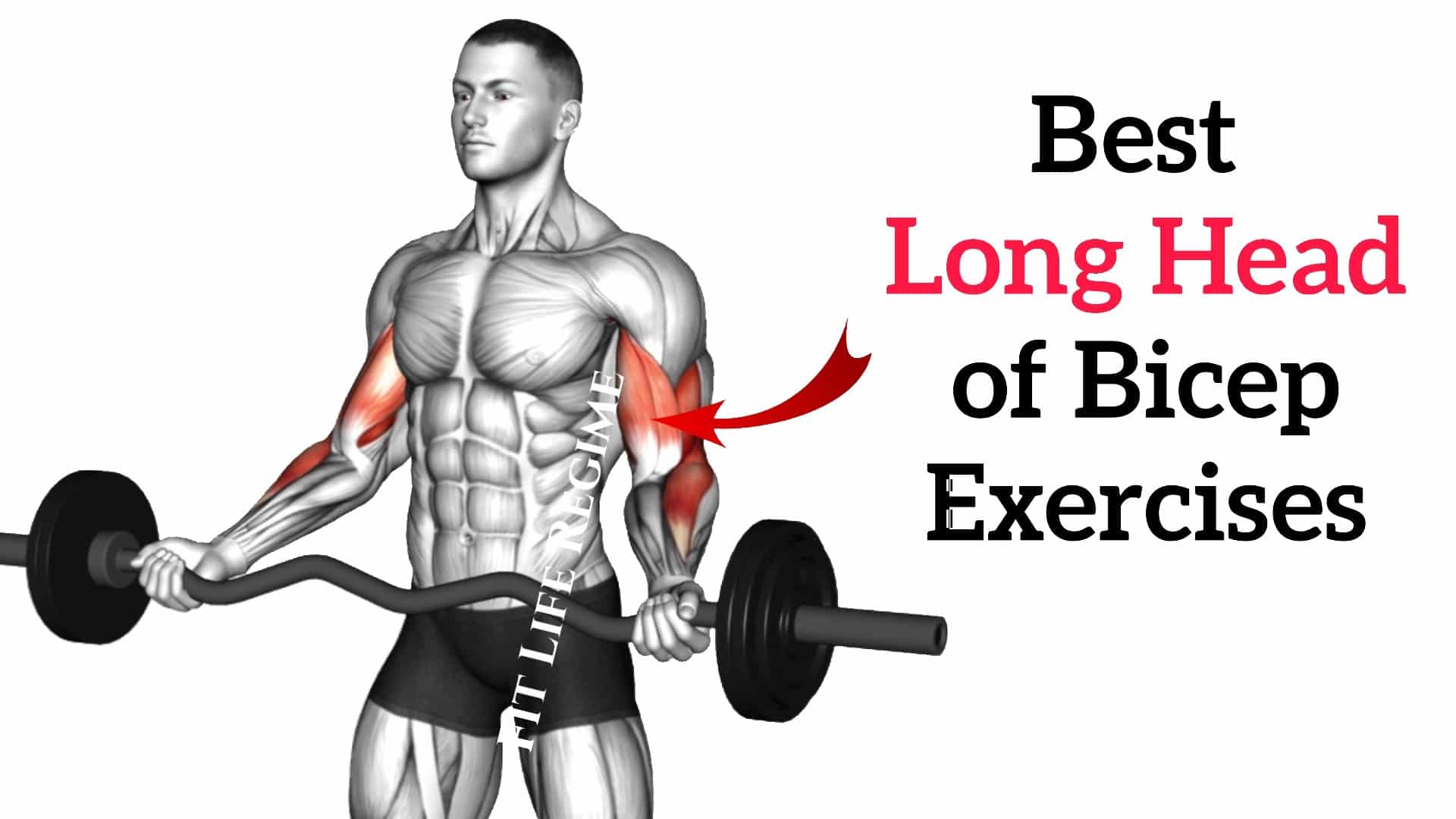 You are at the right place if you are looking for the Long head bicep exercises.

Biceps are small muscles, to grow them takes time, knowledge, and intellect.

To build the bigger and impressive biceps first, we needed to understand the anatomy and functionality of the biceps muscle, which help to perform the biceps exercises at the best level.

For building bigger and impressive biceps involves more than doing the same bicep exercises over and over.

In this article, we are going to tackle the best exercises for the long head of the bicep, which is often underdeveloped in those who lack a complete understanding of the biceps brachii. It’s time to develop some huge bicep peaks!

How To Build Long Head Of Biceps

Both bicep heads function together in most workout activities, it’s important to understand how to differentiate the two during exercise, so you can develop both heads to the greatest potential.

The long head of the bicep is a vital muscle head when it comes to strength and aesthetics. It is the muscle at the outer part of the upper arm.

A well-built, long head bicep muscle will always make you stand out. When working to raise the strength of the biceps, training the long head is essential.

There are many exercises that emphasize the long head of the bicep. Many of them you probably already know, but maybe you didn’t realize they are best for the long head. All you have to do is implement the techniques.

If you want to emphasize the long head bicep during training, four main techniques can help you achieve that:

An easy way to remember whether you’re working the short/inner or long/outer head of the biceps brachii is to look in the mirror.

There are 12 best Long head bicep exercises for the outer bicep and massive peaks (the long head of the bicep). Use these moves to get your long head biceps pumped up and improve the overall function of your upper arms.

It is one of the best Long head bicep exercises. Your long head bicep will be targeted very well with incline bench curls. This position will have your elbows down at your side’s behind you, which means your long head will be working from a stretched position.

While barbell curls are an all-around great bicep exercise, by using a wide grip focuses effort on the inner biceps (short head), whereas a narrow grip arks the outer biceps (long head).

The Close grip barbell curl is a highly recognizable biceps exercise that builds biceps Peak. It’s a great exercise for seeing results in strength and definition. 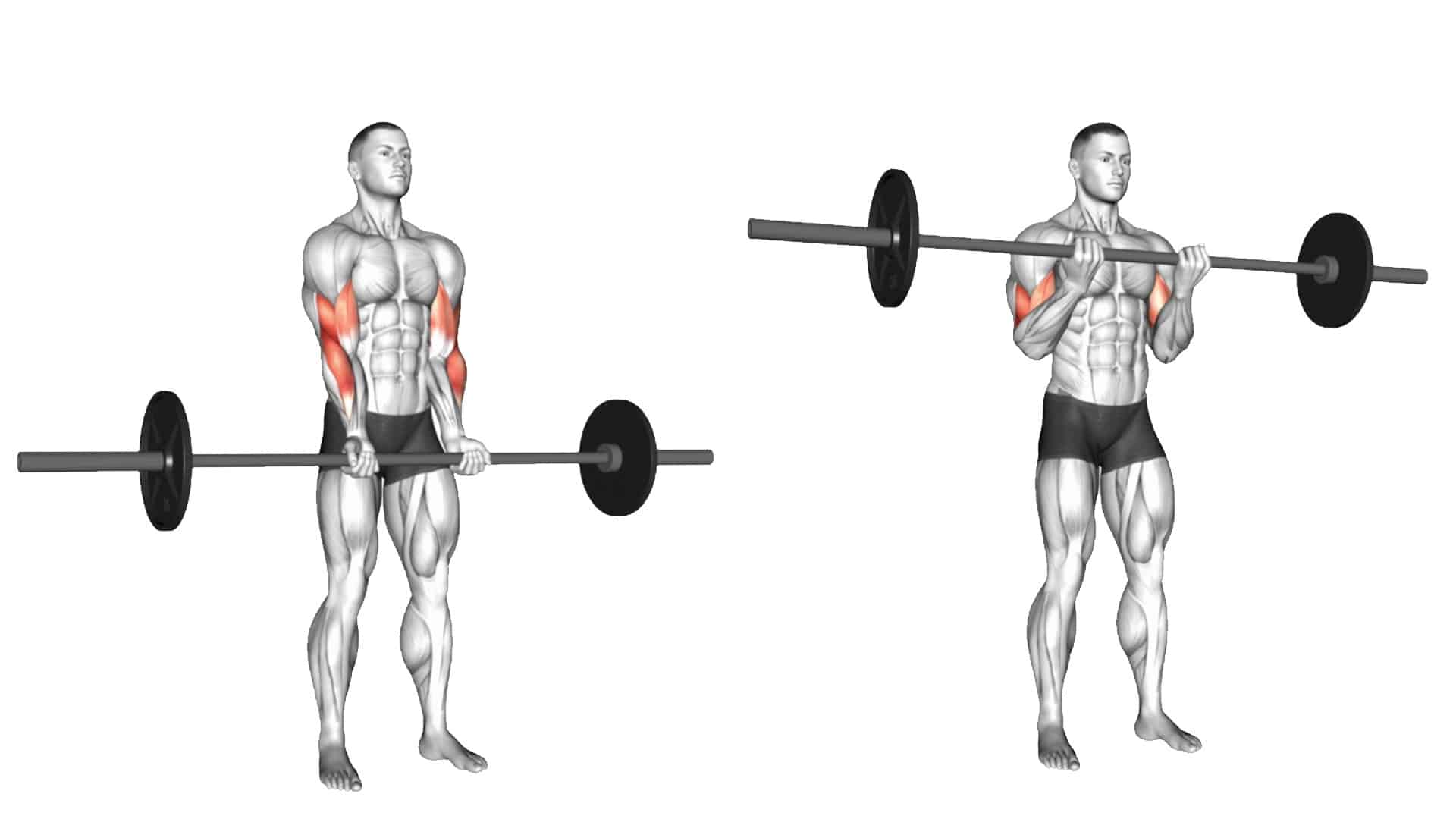 Concentration Curl is the best exercise to build a biceps peak. This exercise should be a part of your arms race, as peaked biceps are very impressive to look at. It’s also a great way to target the long head muscles as you’re going to be concentrating on the peak and try to “blow” it up.

This exercise is done standing bent at the torso using a dumbbell. Resting the upper arm against the thigh prevents movement at the shoulder and is an excellent way to isolate the biceps. End the movement completely supinated – again, the with the pinky should be pointing in the upward direction.

The Hammer Curl is a classic weightlifting exercise that targets the biceps and forearms. Due to neutral grip, hammer curls allow you to hone in on the long head.

When it comes to building muscular hypertrophy and strength, the hammer curl exercise is one of the most popular exercises amongst bodybuilders and regular weightlifters.

5. Behind The Back Cable Curl (Bayesian Curl)

Doing cable curls behind the body shifts the emphasis of the exercise onto the outer biceps and minimizes the chance of you developing unsightly muscular imbalances.

This is because, by training each arm separately, you can ensure that each bicep is receiving roughly equal work and thus growing more or less in proportion. 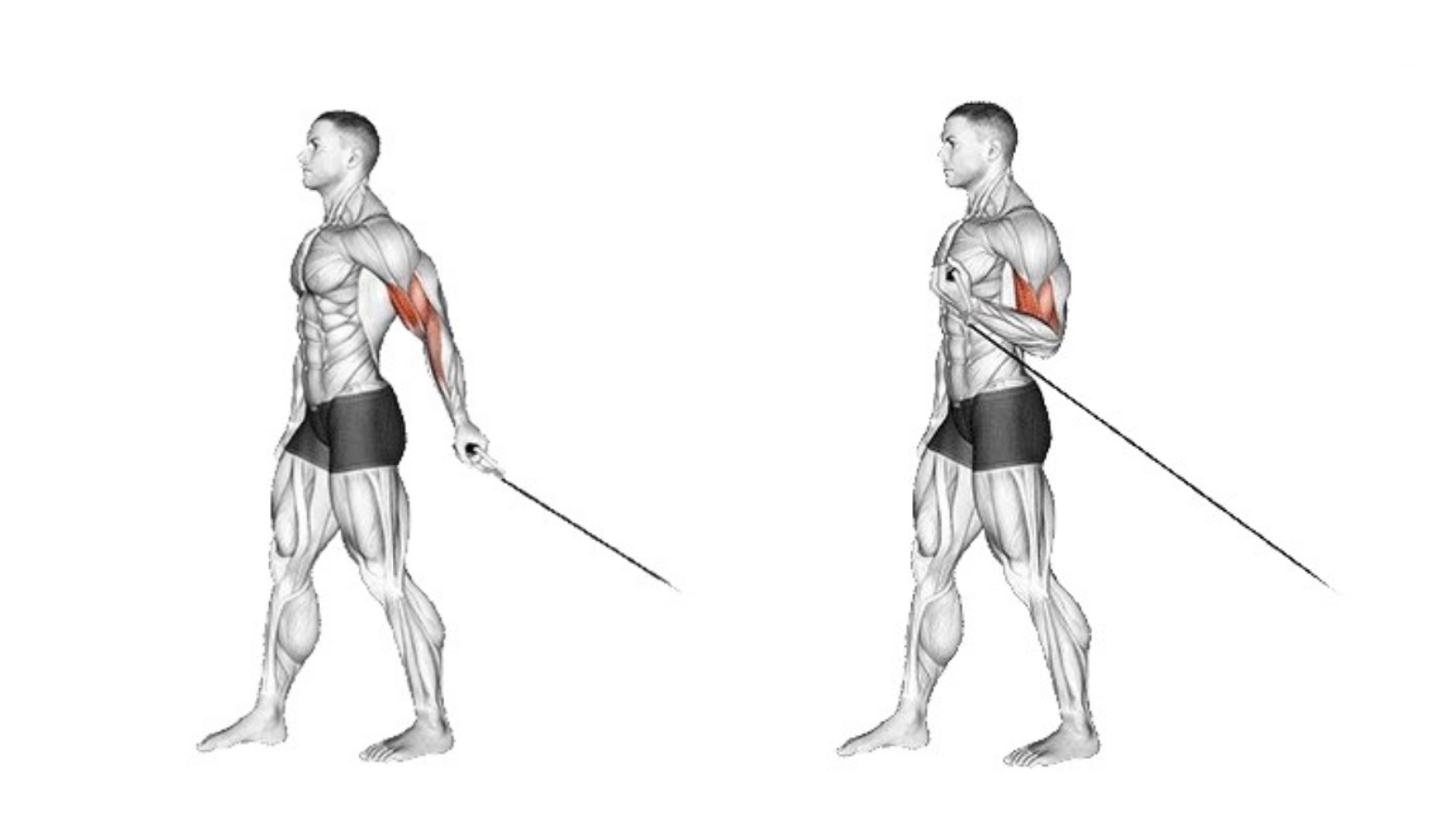 The Close grip preacher curl is the best exercise to build a long head of biceps. Although, the shape of the biceps is hereditary and the biceps can have a long tendon or long muscle.

You can get fullness in this crucial area by giving your arms a complete look. If you have a long tendon, then preacher curl is the best exercise to build a longer biceps lower head and get a full biceps pump. This exercise is done by sitting on a Preacher Bench with a Barbell or E-Z curl Bar.

The dumbbell drag curl is a unique bicep curl variation in which you don’t completely bring the weight in front of your body. Thus, you have a more difficult time swinging and using momentum to get the weight up. 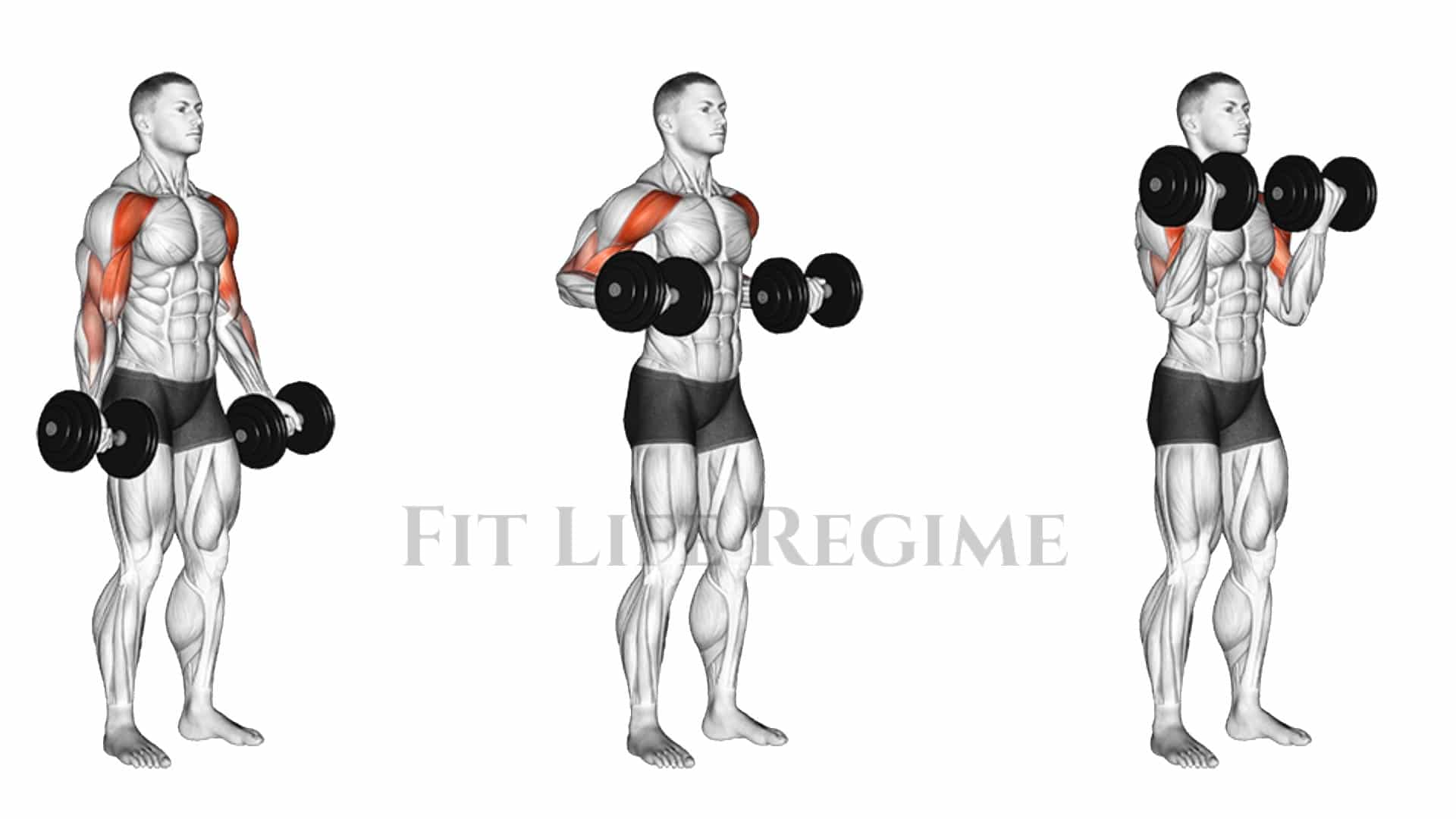 The cross-body hammer curl is a dumbbell exercise that targets the brachialis, long head and forearm muscles. Rather than lifting the weights directly in front of the body, you lift them across the torso.

By lifting the weight across your body, you immediately place the long head of your biceps under more tension, which naturally makes it an excellent outer bicep curl if your long head is lagging.

The cable curl is performed in a standing position by facing one end of a cable machine with the cable fixed at the bottom of the machine and set with an appropriate weight.

If you want to target your outer biceps, then this is a great exercise for you. Here, you can focus on the long head as your hands are close to each other during the movement. 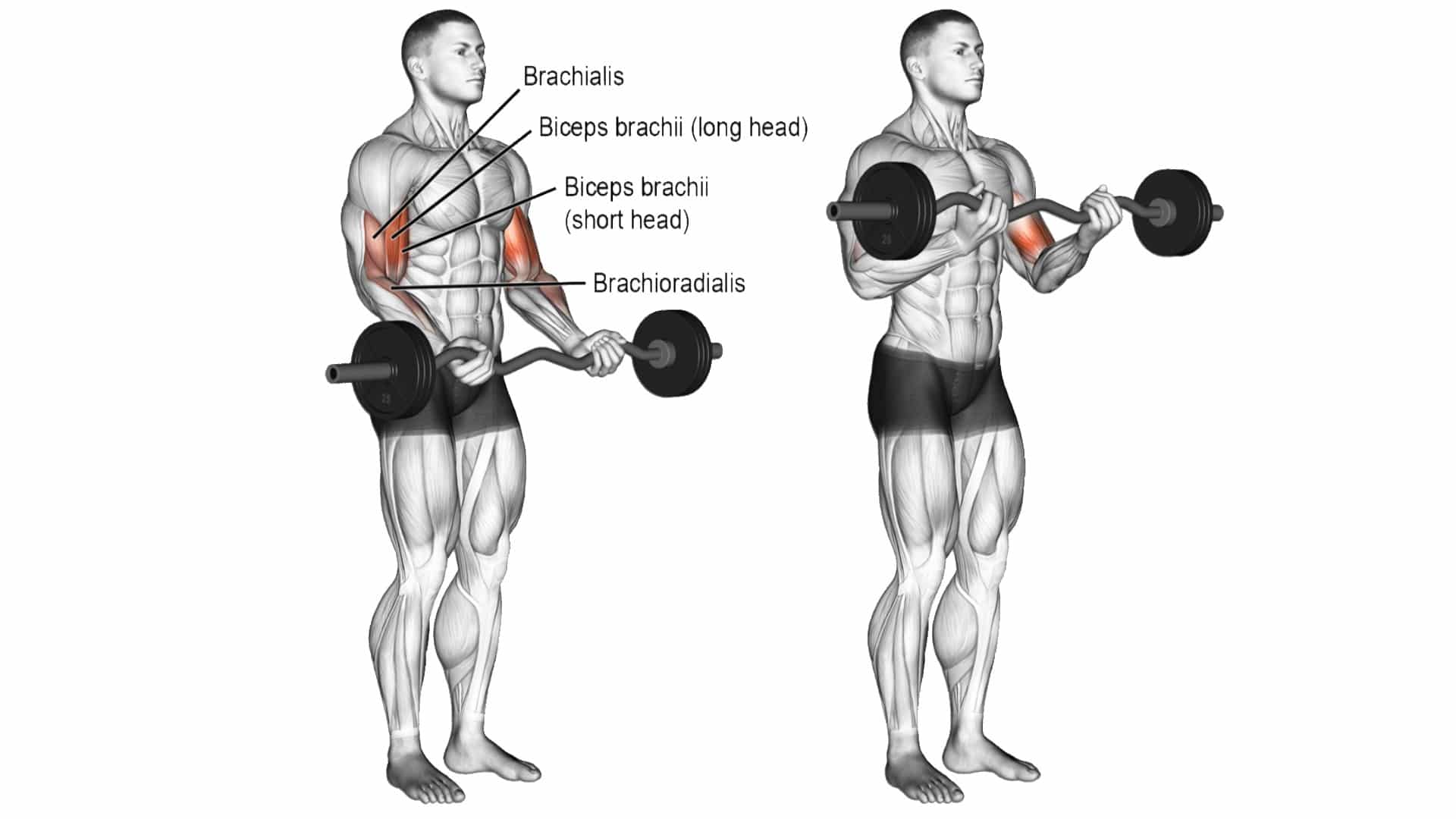 The dumbbell hammer preacher curl is a very effective exercise that targets the brachioradialis, brachialis, and bicep muscles.

Using a hammer/neutral grip targets more of the brachioradialis and brachialis than the biceps. It is a great variation of the preacher’s curl.

The Close grip pull up is a strength training exercise. This is a bodyweight exercise that can induce serious muscle growth of the biceps and back.  Use a close grip to target your long head biceps even more.

While this isn’t a bicep-specific exercise like the previous ones, some of the best exercises for your biceps are compound movements like this.

We chose the neutral grip pull up because when it comes to the biceps, it targets your long head best. Whereas the wide grip pull up takes the biceps out of play more as to best emphasize the lats. 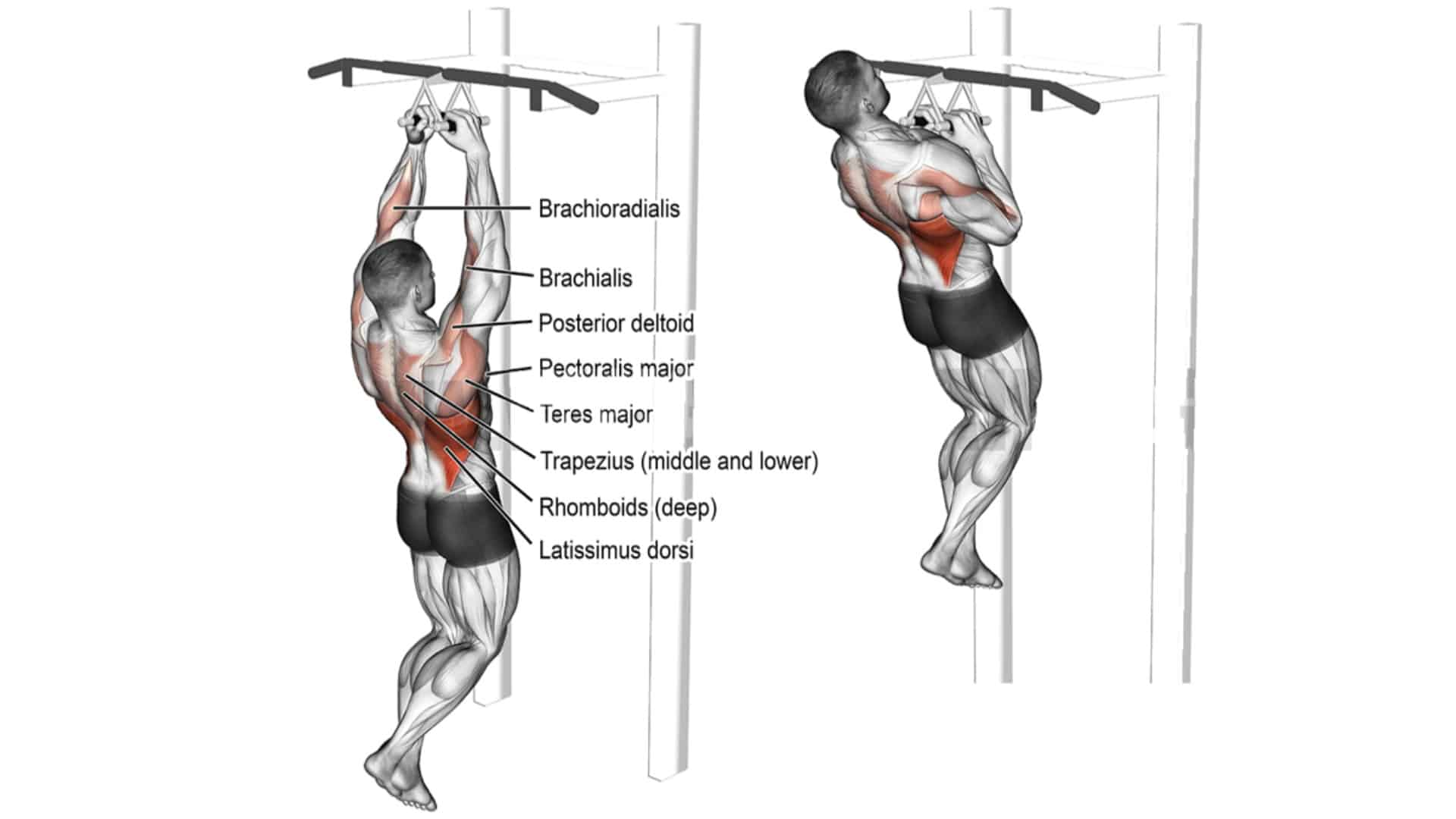 Many of the mistakes are often made by people trying to build bigger biceps faster. Sometimes this has to do with the organization of their biceps workout plan, and other times it’s in the execution of individual biceps exercises.

The load should bring your to or near failure within the given rep ranges to be effective.

The first thing we need to determine is how often you train your biceps. Of course, that depends on your experience and your goals.

For beginners or people who can only work out a few days a week, a total body 3-day split works well. That means you would do a couple of biceps exercises each workout three times per week.

More advanced lifters might work single muscle groups in each workout with a 5-day or 6-day split. This is called the bro split workout routine, and it works great for growth (despite the name).

In that case, you would work your arms for an entire workout once or twice a week. And you want to include at least a couple of long head exercises in those workouts.

If your long head is lagging, and you really want to build a big bicep peak, you can prioritize it, but still don’t forget about your short head.

Including these long head biceps exercises into your normal workout routine will help build up the peaks of your biceps and give you more impressive upper arms.

If you try biceps exercises without the proper form, do them too quickly, or fail to warm up the shoulder adequately before beginning, that long head tendon can snap.

If done correctly, these Long head bicep exercises should help you build up that impressive outer and long head bicep peak and bicep strength.

How do you activate the long head of the bicep?

To activate the long head bicep during training, four main techniques can help you achieve that:

There are many exercises that work the long head of the bicep. Many of them you probably already know, but maybe you didn’t realize they are best for the long head.

Use these exercises to strengthen your long head of the biceps and improve the overall function of your upper arms.

Hammer curls are one of the best exercises to target the long head of the bicep as well as the brachialis.  If you’re trying to get huge peaks, hammer curls should be in your workout routine.

Using a hammer/neutral grip during preacher curl targets more of the long head bicep, brachioradialis and brachialis. The Close grip preacher curl is the best exercise to build a long head of biceps. 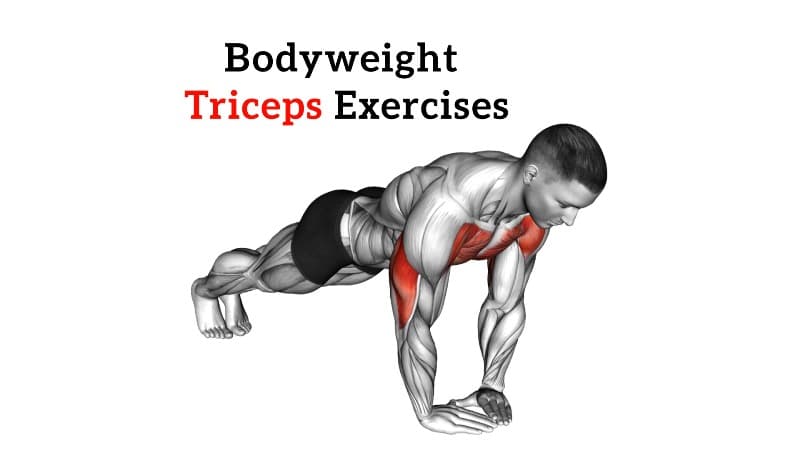 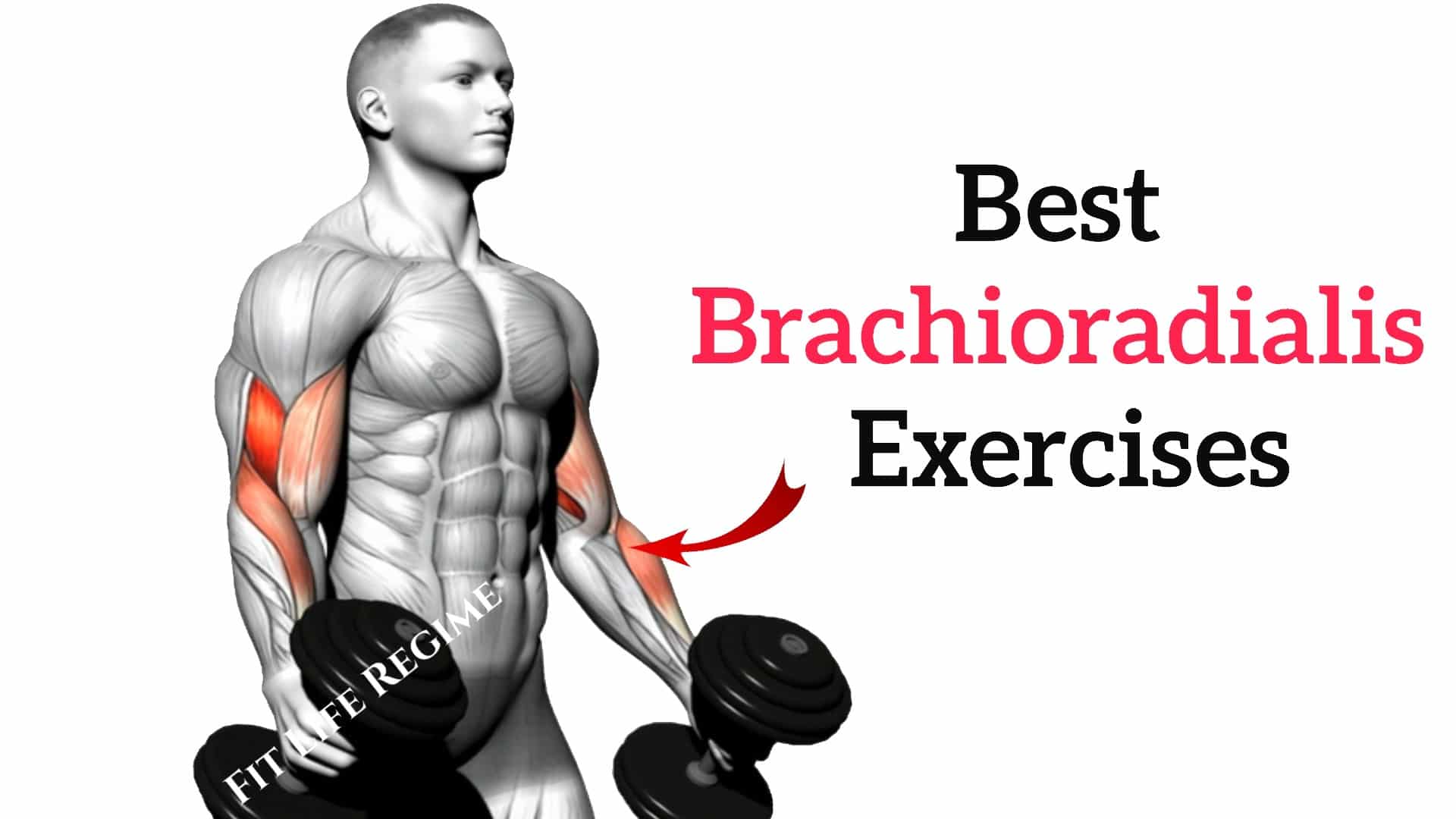 How To Do Seated Tricep Extension Correctly